Global sales of electric vehicles in the U.S. increased exponentially in 2020, rising by 43% to a total of 3.2 million. The expectation is that by 2030, we will see 40% of all vehicles being electric, and by 2040 virtually every new car sold globally will be electric. Additionally, Jaguar plans to sell only electric cars from 2025 on and Volvo from 2030 on.

Southern California is becoming a hub of EV manufacturing in its own right. The number of electric cars on U.S. roads nearly doubled in the past few years, with Irvine being a major player in the industry. Luxury EV car company Karma Automotive recently opened a new design studio displaying its latest concept car, the SC2 – which accelerates from 0 to 60 mph in under two seconds.

The state’s goals are backed by buyer subsidies, zero-emission requirements, and other government initiatives. A combination of new laws from the legislature and executive orders from the governor’s office aims for all new vehicles to have zero-tailpipe emissions by 2050, with ambitions to have 5 million passenger electric vehicles registered in the state by 2030. 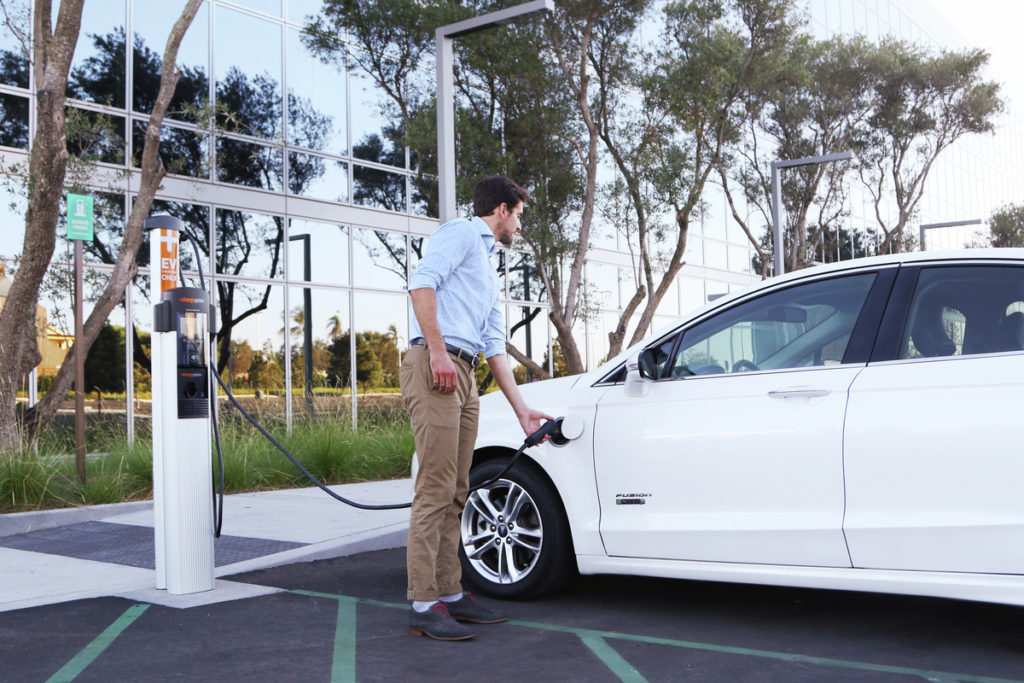 To assist with this government initiative, according to The Irvine Standard, a research team at UC Irvine is developing a next-generation, lithium-ion battery that promises to bring down the cost of electric cars. Led by assistant professor of physics and astronomy Huolin Xin, the team is working on inventing a battery that requires less cobalt, a costly material, making electric vehicles more accessible to the mass market.

The Benefits of Going Electric

Apartments in Irvine with EV Charging

Dating back to 1864 and making its debut as a world-class master planner more than half a century ago, Irvine Company’s innovative integrations continue to prove its reputation as a modern-day business leader with forward-thinking technology.